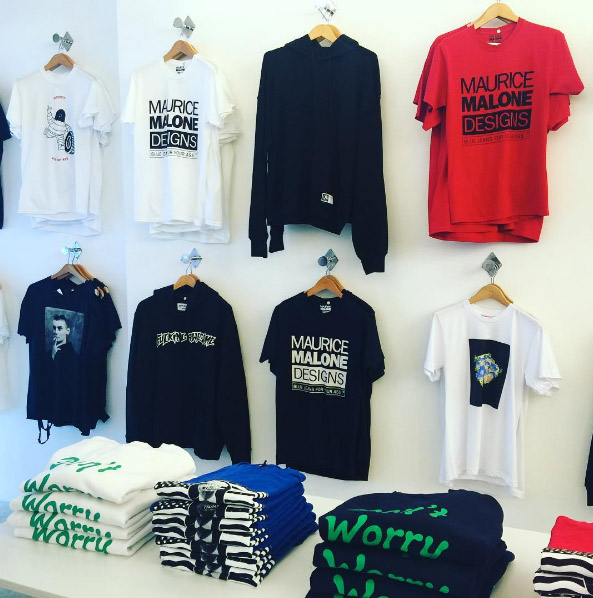 Decades before Williamsburg Garment Company, Maurice Malone was one of Hip Hop's young design talents that helped to launch a new genre of fashion designers and defined a new market in the early 1990's. Since deactivating his urban collection in 2001 to focus on his designer collection, fans all around the world have coveted his now classic creations.

While living in New York in 1990, the designer told his partner and financial backer at the time, he wanted to create and market a new collection of baggy jeans that would go by the moniker "Maurice Malone Designs Blue Jeans For Your Ass." His partner refused, saying "it will never sell."

Frustrated, Maurice moved back to his hometown, Detroit, to raise money by promoting hip-hop parties and concerts in order to self-fund his ideas. He sold tees and jeans that he sewed during the week prior on tables during his events. This is the iconic t-shirt and logo that jolted him towards the top of the denim market in the early 90's.
Maurice Malone available in New York and Los Angeles,
exclusively at: Opening Ceremony